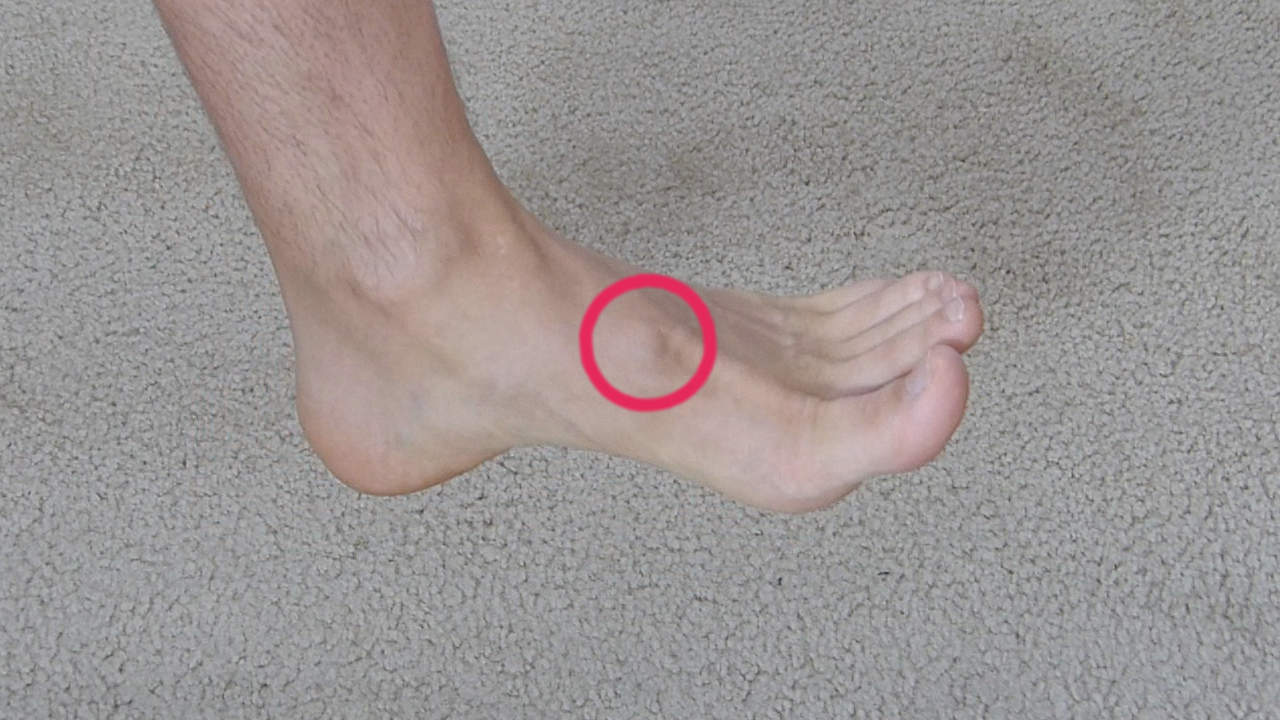 There is a hard bump on the top of each of my feet. These bumps are known as saddle bone deformities. I first noticed them over 15 years ago but it wasn’t until I started working to improve the arches in my feet that I learned what they were. 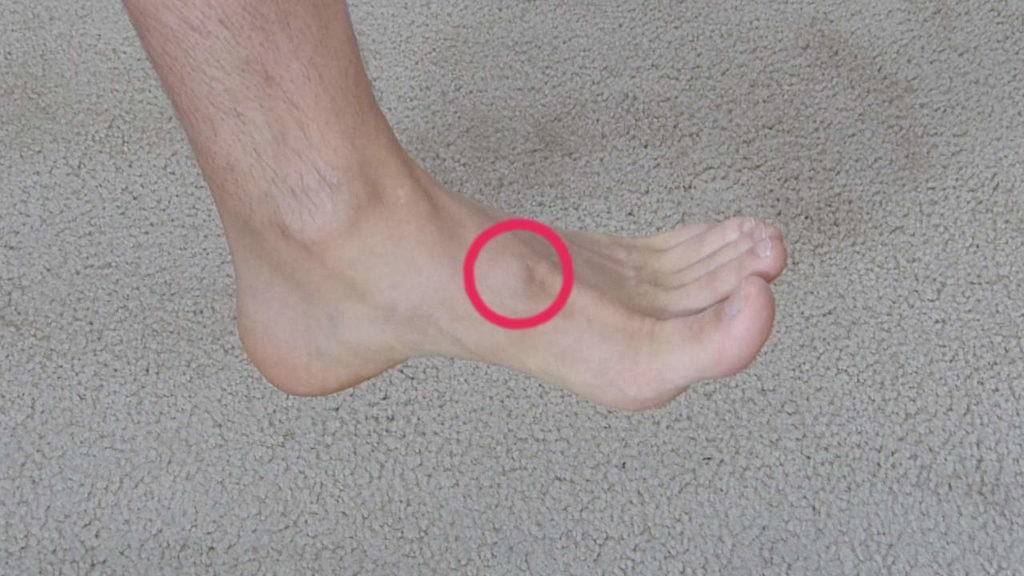 The scientific name for this is first metatarsal-cuneiform dorsal exostosis. It is basically a bone spur that forms on the top of the foot where two bones (the first metatarsal and medial cuneiform) join together.

This is apparently pretty common in people who have a lot of movement (hypermobility) at this joint. These two bones help form the arch on the inside of the foot.

The way my arches collapsed created a lot of movement between these bones. As a result, additional bone forms around the joint in an attempt to limit movement.

I’m not exactly sure when these bone spurs started forming. I was in my mid-twenties when I first noticed them.

At the time, I had bought some new shoes that seemed to be causing irritation on the top of my feet.  That’s when I noticed the skin in that area was red and could feel the hard bump underneath.

It’s possible that these new shoes were putting pressure on the top of foot right in that area. What’s interesting though, is that when I put different inserts in the shoes, the discomfort went away.

So I also think there is a possibility that the design of the mid-soles or insoles of the shoes, in combination with the way my feet pronated, was causing these bones to jam together. I’ve heard this can be an issue, specifically with supinatus, when there is too much support underneath the first ray of the foot.

I’d like to say that the bumps seem a little less prominent now, but that might just be my imagination. They are definitely still there.

The good news is they’ve never really bothered me again. Hopefully, since my arches are more stable now, I won’t have issues like this going forward.

I also only buy shoes now that are comfortable when I try them on. No more buying stiff shoes and hoping they’ll be comfortable once they’re broken in.