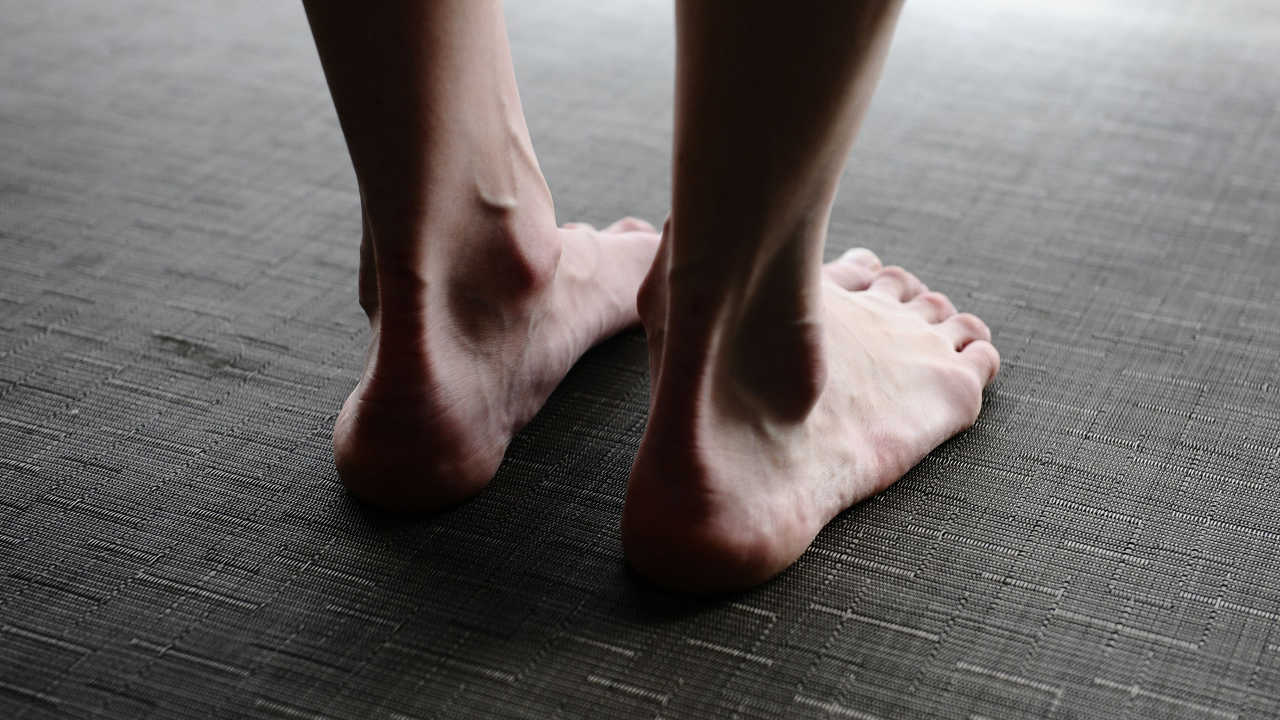 I discovered early on in the process of strengthening my arches that the problem of flat feet extends well beyond the bottom of the foot. Feet, after all, are the body’s foundation. They provide support to the body for standing, walking and running.

There is good evidence that what happens at the level of the foot affects segments higher up in the body — like the knees, hips, and pelvis. I’ve even seen it suggested that the effects extend all the way to the head.

How the Effects of Flat Feet Effects Extend Above the Foot

Studies show that when the foot pronates (collapses in) the lower leg rotates inward. This then causes the thigh and hip to turn inward. 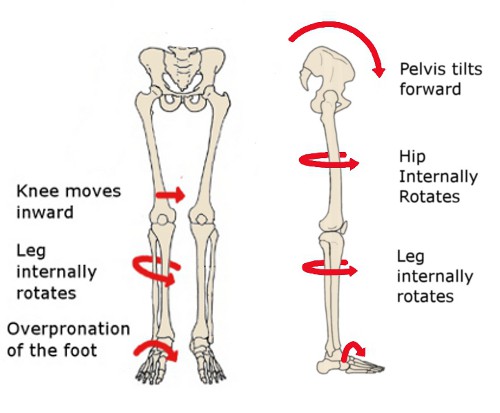 Anterior pelvic tilt is typically associated with an increased curvature of the low back.

So because of this relationship between the separate areas of the body an argument can be made for how flat feet could contribute to an issue like back pain.

There is some evidence of an association between flat feet and knee pain and arthritis, although the research doesn’t show if this is a cause and effect relationship.

How This Relates to Fixing Flat Feet

In my case, aside from temporary issues with plantar fasciitis and pain on the tops of the feet, my flat feet never really hurt.

As I got into my thirties, I became somewhat concerned that my weak arches and overpronation could lead to ankle or tendon problems.

But what really concerned me was the effect all of this was having on the joints higher up. It was clear that the way my arches collapsed was having an impact on my knees and hips.

It was during the process of learning how to strengthen my arches that this concept of how the segments of the body link together became very useful.

Heel position is usually a good indicator for how much the foot is pronating or rolling inward. So I started training myself to get into and maintain a neutral heel position.

Initially, I was thinking only in terms of fixing the problem from the ground up. Then I discovered that I could get a greater effect by also paying attention to the segments higher up.

So in standing I worked on reducing anterior pelvic tilt. For walking, I worked on controlling the position of the pelvis and hips.

The exercises for flat feet that I worked on helped with improving the strength of the muscles that support the arch and my flexibility. But I don’t think I would have seen the same amount of progress if I only worked on those things in isolation. It was this focus on the body as a whole that helped me get the results I wanted.